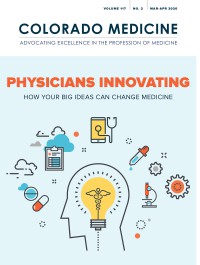 Ten years ago I was watching a man named Ben walk on a treadmill, an activity that I did almost every day. In the hospital, in my office and in the surgical center that I found myself in that day, I helped my own and colleagues’ patients with their tests. It was there when I experienced a moment of clarity and quiet outrage. Ben’s family doctor referred him for a nuclear stress test in a hospital that was owned by an insurance company that was owned by physicians. Many of those physicians are employed by the multispecialty group that is also owned by the insurance company. If you, the reader, are confused and irritated by now, then join the club of doctors, patients and employers.

Ben, 35 years old with no risk factors, had a five-minute isolated episode of chest pain at work. He waited two weeks to see the doctor, then waited 70 minutes in the waiting room for a five-minute visit. As soon as he declared chest pain, a nuclear stress test led him to another half day off work for testing and another half day off to review the normal results with his family doctor who then diagnosed him with stress-induced musculoskeletal tension.

Ben’s employer was not insured by the same company that owned the hospital. The primary care physician is a good doctor, and in a practice where he has to see 40 or 50 people a day to justify payroll and keep the lights on. The doctor who ordered the test, although he owned stock in the insurance company, did not directly profit from the expensive test, but his company did. While the test was costly, the hospital garnered most of the fee from the technical component. The patient’s deductible share was much higher than what he would have incurred at an office, thanks to the HOPPS rule. You are now a full member of the club.

Also 10 years ago, a sweeping piece of legislation called the Patient Protection and Affordable Care Act passed Congress through a completely partisan vote, and was approved by the United States president. As you know, this law created a massive expansion of government-subsidized health care and changed the rules governing commercial insurance in confusing ways. Few people read or understood the bill, including the legislators who passed it. As a result, everyone in the club (doctors, patients and employers) freaked out. For the next several months, I spent as much time speaking with colleagues and patients about the uncertain changes awaiting us in the health care market as I did practicing medicine.

In those discussions and my own research I came to realize few people, even in media, government and business had a clear understanding of the difference between health care and health insurance.

Health insurance is an industrial construct to manage risk and rewards in futures and probabilities, much like equities markets, or bets at the horse track. Health care is a noble service meant to protect the well and assist the infirm. Although the two are intimately related, one cannot conflate the construct with the service and truly understand the universal challenge of the inherent conflict between them.

Some of my patients were senior leaders in a Fortune 150 company, and coincidentally Ben’s employer. And one day, a few months after my encounter with Ben and enactment of the new health care law, those people asked me to come and speak with them in their board room, but I only found out the reason for the meeting once I arrived.

So I sat on one side of a massive table alone, facing a group of very smart executives on the other side of the table and I suddenly realized what a nobody I am.

I have no formal business training. I never published a meaningful paper. And I had no preparation for the meeting. Despite these glaring deficiencies, the CFO introduced me to their problem. They explained that they have lost sight of the value of money they spend on health care. Their talks with health systems, consultants and legislators had largely been unenlightening. For some reason, the private practice cardiologist down the road from the company headquarters kept coming up in the conversations following their meetings because I made more sense than the so-called experts. And they wanted me to explain what they could do to create more value for their money and help their employees stay healthy. Right there. Go to it.

The CEO immediately understood, “Vertically integrate the system. OK, we want you to do it. Make it happen,” he said. At first I laughed. But as I was leaving I began to think that it was possible and I knew people who could help. By the time I reached the car I decided to form a company. We had to compete against bigger established vendors for a job that I convinced this publicly traded client they needed in a formal RFP. We had the best plan and we won. We started a worksite fully functional primary care clinic in the client’s headquarters. We lowered the costs and access barriers to the client’s employees and their families. And with the one clinic, we saved this employer millions of dollars. So we opened another, and another. We now prevent escalation of preventable medical, mental health, and physical problems and streamline access to needed resources. We have 70,000 eligible members. We help clients in multiple states.

I am still basically a nobody. But I looked at a flawed system and instead of rage against it I stepped outside of it because like you I love the people we are trying to help. I used the same persistence and curiosity that got me those two precious letters behind my name to scale something new and big. There is plenty of other opportunity to innovate and improve in our irrational segment of the vast economy. You don’t need experience or a certain type of education.

You just need the will to make things better, and the guts to take the chance when it comes along. Go to it.

Mark Napoli, MD, is the founder of Cor Medical, a medical management firm based in Monroe, La., that develops and operates on-site and near-site primary care clinics utilizing a team of physicians and other health care providers. Their most recent worksite clinics are located in Littleton and Broomfield. Read more at www.cormedical.net.