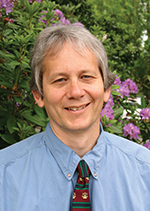 Brittany Maynard was a newly married 29-year-old when she was diagnosed in the winter of 2014 with terminal brain cancer. After receiving medical treatments that proved ineffective, Maynard and her husband moved from California to Portland, Ore., so that she could take advantage of Oregon’s “Death with Dignity” statute. Per the statute, Maynard received a medication from a physician to end her life, and did so following widespread publicity on Nov. 1, 2014. Her story and legacy was influential in the passage of the new California End-of-Life Option Act, effective February 2016, as well as in renewed legislative efforts in over two dozen states, including Colorado, to enact state laws permitting physician assistance in the death of a terminally ill patient (PAD).

The pioneering voter referendum that gave legal permission to physicians to write a prescription for a qualified terminally ill patient seeking to end their life in a “humane and dignified manner” was passed by Oregon voters in November 1994. The enacted statute sought to achieve three basic aims: (1) expand the recognized rights of terminally ill individuals to refuse medical treatments to include rights to request medical assistance in hastening the timing and circumstances of death; (2) provide participating physicians with immunity from prosecution; and (3) institute a model of reasonable regulation of this practice that would assure professional and public oversight.

Patient rights: The core question regarding patient choice is whether or not terminally ill patients have a legitimate right to request assistance in dying from a physician. Medical ethics and law have long recognized that, consonant with our general right of non-interference against others in deciding and enacting a life plan, terminally ill patients have basic rights to refuse life-extending medical treatment. This right is enacted through an informed and voluntary choice by a competent patient (or an authorized proxy) and is supported by such values as personal autonomy, privacy, bodily integrity and human dignity. A patient who makes such a decision may rely on various “last resort” end-of-life procedures, such as hospice, palliative care, voluntarily stopping eating and drinking, or palliative sedation.

There is a significant ethical, professional, philosophical and policy dispute over whether the right to refuse life-extending medical treatments is separable from, or instead logically entails, a right on the part of terminally ill patients to assist in bringing about or hastening their death by requesting a physician prescription to end life. Our rights to assistance from others are much more restricted than our rights to non-interference, and generally require a moral and legal justification that is different from autonomy or patient choice alone. The right to non-interference can be recognized by others as simply “staying out” of the decision or action; by contrast, recognizing assistance as a moral or legal right requires some other person to cooperate or participate to achieve the goal of the action. That is, a right to assistance implies a duty to assist on the part of another. In medicine, the duty of a physician or health care professional to prevent and remove harm and promote patient welfare is structured by the duty of beneficence.

Decision-making capability: The argument over the scope of patient rights is complicated by disagreements over the required decision-making capabilities of terminally ill patients. Ezekiel J. Emanuel, MD, has written that “depression, hopelessness and psychological distress” are the primary factors motivating the majority of patients’ requests for physician assistance in death. At least in principle, there is concurrence that decisions of terminally ill patients on end-of-life choices can be compromised by depression or other factors culminating in impaired judgment. The prospect of psychiatric referral to assess decision-making capability in circumstances of diagnostic uncertainty is recognized within the “death with dignity” statutes. Such referrals have declined in Oregon from 27 percent of patients in 1998 to 4 percent in 2015. However, this decline is primarily a function of patient screenings by advocacy groups such as Compassion & Choices, and of a more informed public and professional community. There is insufficient warrant for the view that just by making an inquiry or request for a hastened death, a patient has displayed depression or a clinically significant manifestation of impaired judgment. Insofar as patients have been empowered with all sorts of decision-making authority with respect to refusing life-prolonging medical treatments, it’s difficult to see just why a person would suddenly lose that capability when requesting that their death instead be hastened through a medication prescribed by a physician.

There are several indications suggestive that the PAD process in Oregon is structured to advance responsible patient choices:

Goals of medicine: Precisely because terminally ill patients request assistance from a socially entrusted professional, the ethical and policy issues cannot be resolved solely on grounds of patient self-determination. The medical profession has cultivated a distinctive ethos and identity that is rooted in a set of formative purposes. These include preventing disease and promoting health, relieving pain and ameliorating suffering, curing disease and caring when cure is not possible, and preventing premature death. These professional values and commitments are independent of, and cannot be reduced to, patient self-determination. If the issue were only about physician respect for patient autonomy, there would be no reason in principle for proponents of PAD to not also advocate for physician-administered voluntary euthanasia.

Professional neutrality: The question of legalized physician assistance in death imposes a responsibility of engaged discourse about the integrity of the profession, and the scope of professional vocation and responsibility, upon members of the profession and its various associations and societies. Medicine is simply not a morally neutral profession, nor are physicians merely technicians of the body. Some prominent physicians (Quill, Cassel) have advocated that professional associations adopt a stance of “studied neutrality” on the question of legalization to respect the diversity of views of membership and to encourage “struggle” with the issues of professional ethics; other writers express concern that neutrality will entail that non-physician organizations will make policy decisions for medicine.

Physicians need to articulate whether filling a request for a prescription to end life fits seamlessly within their personal philosophy of care and within the profession’s understanding of its broader purposes. The integrity of the profession consists in commitments to heal, virtues of compassion and empathy, principles to not harm and to benefit, cultivating a trusting relationship with patients, and responsibilities of non-abandonment of the vulnerable, without which medicine becomes another, and different, form of social practice. It is not a matter to be resolved by dictates extraneous to the goals of medicine, including economic imperatives, governmental regulation or default to the law.

Protecting physician conscience: While the Oregon law sought to ensure that physicians were not prosecuted for good-faith compliance with the legal regulations, it also did not impose a duty to participate on physicians, other health care professionals or health care institutions. Nor do physicians who refuse to participate in a patient’s request have to refer the patient to a participating provider. The personal autonomy and conscience of physicians can be respected even in states where PAD is legalized.

Palliative care: The first resort of physicians when confronting an inquiry about assistance in death should be the gold standard of hospice and palliative care. This is a priority among Colorado physicians participating in the CMS 2016 PAD survey (see page 16). Physician commitments to palliative care are reflected in the comparatively low frequency with which Oregon physicians report patients who request PAD, indicating a concern about inadequate pain control (n= 248 or 25.2 percent).

Relationship: The legal statute permitting PAD provides minimal, but by no means ideal, standards by which physicians can enact their professional responsibility in relationships with patients.

Hospice conflicts: The requested involvement of the medical profession in physician-assisted death entails that a decision to hasten death is not merely a private choice but has implications for the broader society. One intermediate community that has confronted substantive challenges to organizational philosophy of care and ethos are hospice programs. In Oregon, the vast majority of patients who have used a physician-prescribed medication to end life have been enrolled in hospice (n=865 or 90.5 percent). Hospice programs have found their core values of compassion, quality of care, not hastening death and non-abandonment of patients too often pull in different directions when a hospice patient requests PAD (Campbell, Cox).

Costs and duty to die: The societal implications of legalized physician-assistance in death are particularly pronounced in an era of market-based incentives and demands for cost-effectiveness in health care. A resonant concern is that though PAD is formulated as a right of the individual to determine the timing and method of their death, the patient may experience this claim as a duty to die on behalf of the good of others, including family members, to avoid financial burdens. There have been two cases in Oregon in which end-stage cancer patients were denied funding by the state insurance program for further cancer treatments even as the state program assured the persons they were eligible for state funding for PAD as a form of “comfort care.” In both instances, the state program eventually backed down, and physicians report that among patients who request PAD, comparatively few (n=30, or 3.1 percent) have expressed concern about the financial costs of treatment.

Protecting vulnerable persons: Death with dignity statutes have been criticized on grounds of their potential for placing vulnerable persons at involuntary risk of harm. This critique has been particularly voiced by members of disability communities and minority cultures who already have substantial experience of marginalization in health care and grounds for distrust of medical authority. However, the demographics of Oregon patients who have utilized PAD are white at a higher proportion (96.6 percent, n=953) than the white demographic in a very homogenous state. This does not mean, though, that issues of symbolic rationality or harm to vulnerable populations are morally insignificant.

Despite minimal changes in regulatory requirements in the Oregon statues over the past two decades, a consistent background issue has been the prospect of relaxing some exclusionary criteria, such as the requirement of patient self-administration of the medication, the requirement that a patient have a terminal diagnosis, and the requirement of patient decisional capacity at the time of the request. These are meaningful questions if the only moral logic under consideration is patient autonomy. Some scholars and physicians have looked to countries such as the Netherlands, Belgium and Switzerland, and in the past year, Canada, as systems that permit lethal medication administration by physicians, or permit patients to request medical assistance in death when seriously ill, rather than terminally ill. For the time being in the U.S., these are matters of speculative concern, rather than professional or advocacy realities. These other models nonetheless bring heightened attention to the social justice imperative to protect vulnerable populations.

The debate over legalized physician-assisted death is part of a much larger public conversation needed in our country regarding end-of-life options and the meaning of death. Such discourse need not prove polarizing, but instead be a catalyst for exploring, identifying and revising core personal and professional values. Part of what it means for medicine to be a “profession” is to assume proactive leadership in advancing conversation and education for patients and among provider communities rather than adopting reactive procedures in response to a legal statute.

NOTES
In this essay, I use the language of physician-assisted death (PAD), following the pattern of a survey of members of the Colorado Medical Society conducted by Kupersmit Research in 2016.