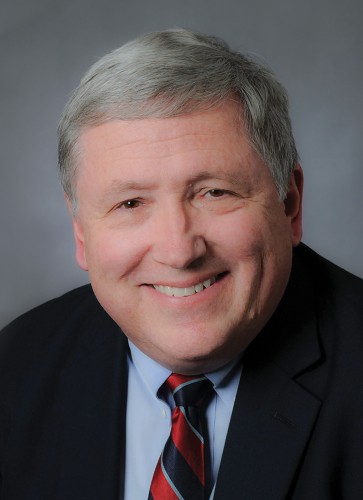 It was clear early in my tenure as president-elect that CMS would be facing an unusually large number of public policy issues important to our members during my time as president, in addition to transitioning the organization’s governance and communications processes. Now, seven months into my presidency, it’s not unusual to be speaking with and listening to physicians in one area of the state in the evening and the next day meeting with a state official or being interviewed by the media back in Denver. It’s non-stop action, intellectually stimulating and engaging beyond imagination. Thank you once again for the opportunity to be your CMS president.

You already know from previous issues of Colorado Medicine that we are advocating on network adequacy rule-making, fighting the health insurance industry mega-mergers, working to maintain Medicaid E&M code parity with Medicare, addressing physician burnout, dealing with the complexity of out-of-network billings, analyzing ColoradoCare/Amendment 69, and conducting and promoting peer-to-peer discussions on – take your pick – physician-assisted suicide, physician-assisted death, medical aid in dying or death with dignity. Irrespective of the name, this subject among all others is challenging to me and to our colleagues because the notion of hastening death raises significant clinical, ethical, legal and religious concerns. And while I’ve given careful attention to all of our issues, I’ve been particularly sensitive to this one issue over all others due to the passion and intensity of our members’ feelings.

You know you’ve caught the car when the chief lobbyist and general counsel explains in your first policy briefing that:

1. The bill sponsors will want you to testify in committee;
2. The media is already asking for comment;
3. The advocates have lobbied and hired a PR firm so the issue is not going away;
4. Members appear to feel strongly on both sides of the issue; and
5. CMS policy on the issue is 16 years old.

In September 2015, we elevated physician-assisted death (PAD) to a board of directors-level issue, and in January of this year, following several strategic discussions, the board asked the Council on Ethical and Judicial Affairs (CEJA) to:

1. Re-evaluate the 16-year old policy;
2. Garner member input through a survey and listening sessions; and
3. Consult with experts in the field of palliative care.

The board’s discussion centered on the idea of positioning CMS in the patient’s interest for the inevitable public policy debate.

CEJA members got right to work. Not only did they respond to the board’s request, they consulted the latest literature, reviewed and studied the laws in the five states that currently permit PAD, and examined the experience and data from those states. In March, CEJA delivered a report and recommendations for the board’s consideration (see page 50 of this magazine). By this point, I had listened in on three separate CMS member focus groups, talked to many of our colleagues and read all of the open-ended responses submitted by members through our survey.

And I took one extra step in advance of the March board meeting where the CEJA report was scheduled for a vote. I sent the CEJA report to the 618 CMS members that took the survey and not only asked for their opinion on the recommendations but promised to share their perspective with the board.  By the time the board meeting rolled around, a sizable number of our colleagues had replied. The responses ranged from “good job” to “I’m quitting if the board approves the recommendations.” I answered every email personally and promised again to share each perspective with the board, which I did.

At the March board meeting, our professional advocates reported that the 2016 General Assembly would not pass PAD legislation but the board should anticipate that a constitutional amendment authorizing PAD would be on the general election ballot in November. Armed with this new information and member feedback on both sides of the CEJA report, the board voted to delay the vote until September and encourage more peer-to-peer discussion on the CEJA report. I subsequently made this request to the entire membership and asked every component and specialty society board of directors to have an in-depth discussion on the report. In response, numerous component societies have held all-member meetings and discussions.

Thank you for taking time to read the CEJA report and to discuss the many facets of end-of-life care with your colleagues. Please continue to let me know your views. I can promise I’m listening and learning with every encounter. I hope that you find the suite of stories in this issue helpful to you and your practice of medicine. In addition, PAD will be the focus of a plenary session at the Annual Meeting and I would encourage you to attend (register here) and lend your voice to the discussion.