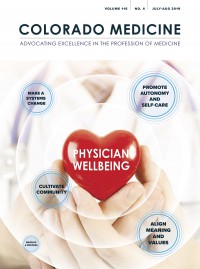 There is a view that technology can be toxic, and health information technology (HIT), specifically electronic health records (EHRs), can harm users. Literature on provider burnout names EHRs as a substantial factor in stress and unhappiness.

Proving whether this is true needs more study. But, hypothesizing how it might be true is a matter of observation. Given the implications if it were true, the precautionary principle suggests it would be prudent to consider mitigation early. This investigation is confounded by the fact that HIT is a moving target inseparable from health care organizational management, which itself is a stress.

Let’s start by stipulating there is no reasonable case for returning to paper, just as there is no case for bringing back horse-drawn transportation. But, although internal combustion engines have wrought wonders, exhaust fumes still kill you. No matter how thrilled we are about emerging benefits of HIT, it is incumbent to do hazard appraisals on what we currently have. And, the preliminary data are worrisome. Safety for patients has long been a focus of clinical informatics. Safety for professionals lags. There are at least six mechanisms by which HIT/EHR exposure may plausibly injure users. Each of these are side effects of functions that are well-intended.

Interacting with information on devices is impossible to do concurrently with other tasks, like texting and driving. Screen displays are compelling; they can misdirect and alter user attention detrimentally, induce bias and error, and interfere with human interactions.

Performance and quality metrics – even legitimate ones – introduce conflicts of interest and goal distortion. Much of the heavy demand from EHRs for structured data is driven by managerial obsession with measurement and a distrust of workforce integrity.

Electronic devices deliver a volume of input that is frankly impossible to assimilate; this cannot currently be alleviated by automation. User interfaces are often incompatible with individual patterns for information management. Interrupt-driven design is discordant with human thought processes. Even the way screens display data may interfere with cognitive operations.

Awareness of continuous surveillance, hyper alertness for errors, production pressure and the moral hazard of distorted priorities can produce anxiety, depression, irritability, fatigue, and difficulty transitioning between settings and roles.

At a mundane – but non-trivial – level, it has long been recognized that fixed visual focus, repetitive motion, postural strain and prolonged sedentary activity are health hazards.

The promises of HIT were only wireframes 40 years ago, but early adopters instinctively knew better information tools would make us better doctors. Our exhilaration was like it must have been in the heyday of the printing press. No one noticed that linotypes gave off lead vapor.

Some early informaticians foresaw, but were powerless to prevent, the transformation of computers into antagonists. The mutagen was provider hesitance to invest in HIT. Filling the financial shortfall with a giant federal subsidy was the only way to catalyze adoption that would meet the desperate need to automate claims processing – and utilization review – at the payer level. Evangelists touted clinical benefits but the financial model was entirely grounded in accounting. Inside the DNA of every EHR today sits a cash register. This repurposed the design and configuration of health information technology away from the needs of providers and patients to secondary beneficiaries (payers and regulators). Developers simply followed the money. Preoccupation with revenue was just an abscess in the body of medicine in the days of paper claims. It became full-on gangrene with electronic submission. The return on investment for HIT has become capturing charges, tracking production and mitigating fraud.

Perhaps adverse reactions to EHRs are risks that only impact the older generation. Maybe it’s just cognitive stiffness. Or, maybe practitioners who have lived the transition from paper to cyber are canaries for threats that impact everyone. Recall the fate of the women who painted radium on watch dials in the 1920s. Or Google it….