Featured in the July/August 2015 Colorado Medicine. 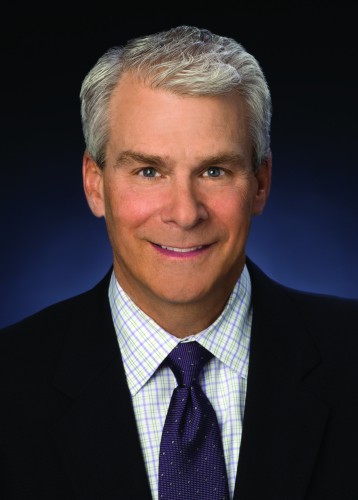 When Phil Kalin took the job as President and CEO at Pinnacol Assurance, he came with more than just the requisite executive experience. He came with a plan to expand Pinnacol’s focus on health and wellness in workers’ compensation.

“Throughout my career I’ve observed arbitrary lines between the health care of individuals and their safety on the job,” Kalin said. “There needed to be more of an integrated push to align efforts between medical providers and insurers.”

Kalin may have seemed a surprising choice for Pinnacol, Colorado’s leading provider of workers’ comp insurance. With decades of experience in hospitals, health care technology and nonprofits, he didn’t fit the mold of a workers’ comp CEO.

But a focus on total employee health and wellbeing was exactly what Pinnacol was looking for. And after 18 months on the job, his efforts are starting to bear fruit.

Progress began when Pinnacol recognized that the risk management efforts and injury prevention programs that have been a core part of Pinnacol’s mission for decades made a solid foundation for health and wellness efforts.

From the beginning, Kalin has promoted the idea that workers’ comp and commercial health care are intrinsically linked. When the workers’ comp system is inefficient, health care providers are impacted and injured workers don’t receive the best possible care.

Colorado employers are becoming increasingly aware of the connection between the overall health and well-being of their employees. They are recognizing that their employees’ health and safety goes beyond the workplace.

“In many ways, an employer’s success depends on how well it protects its human capital,” said Kalin. “That requires them to address total employee health and wellbeing.”

The same study confirms that employee health factors and behaviors – like obesity, high blood pressure and smoking – can contribute to the occurrence of a workplace injury, as well as severity and frequency of an injury.

Despite the overlap, the existing silos between workers’ comp and traditional health care prevent the best overall treatment and outcomes for injured workers.

Because of Pinnacol’s role as Colorado’s workers’ comp insurer of last resort – and as the insurer of choice for nearly 60 percent of the state’s employers – Kalin believes Pinnacol is in prime position to bridge the gap.

Under Kalin, Pinnacol is seeking to integrate its efforts with health and wellness by creating partnerships with providers, health insurers, and organizations that support healthy behaviors. Recent partnerships with Colorado Quitline and HealthLinks will open up valuable health resources to the more than 900,000 employees of Pinnacol’s policyholders in Colorado.

As a former hospital executive, Kalin understands that for Pinnacol to be truly successful at addressing total employee health, the company’s working relationship with medical providers must be effective.

One way to improve insurer-provider interactions is by taking advantage of the large amounts of data Pinnacol collects. Analysis of this data will help in several ways.

Technology can also play a significant role in making the insurer-provider partnership effective. For example, upgrading systems can make the transfer of data less cumbersome.

“In the Digital Age, it’s easy to get paralyzed by information overload,” Kalin said. “The same goes for the insurer-provider relationship. Insurers must be more intentional about which medical information is shared, focusing on data that will be useful to an injured worker’s provider.”

The administrative side of treating injured workers can be onerous, and Kalin is looking at ways to improve those processes. He believes that providers who get the best outcomes and the best value should be rewarded accordingly. And payment mechanisms need to be enhanced, potentially via bundled payments and telemedicine.